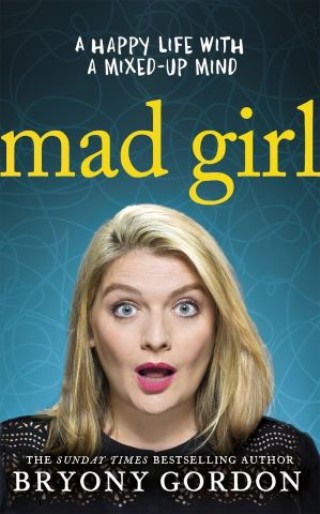 It's the snake in her brain that has told her ever since she was a teenager that her world is about to come crashing down: that her family might die if she doesn't repeat a phrase 5 times, or that she might have murdered someone and forgotten about it. It's caused alopecia, bulimia, and drug dependency. And Bryony is sick of it. Keeping silent about her illness has given it a cachet it simply does not deserve, so here she shares her story with trademark wit and dazzling honesty.

A hugely successful columnist for the Telegraph, a bestselling author, and a happily married mother of an adorable daughter, Bryony has managed to laugh and live well while simultaneously grappling with her illness. Now it's time for her to speak out. Writing with her characteristic warmth and dark humour, Bryony explores her relationship with her OCD and depression as only she can.

Bryony Gordon: In the 15 years that she has worked for The Telegraph, Bryony Gordon has become one of the paper's best loved writers. Her weekly column in the Sunday Telegraph has won her an army of fans who have followed her journey from single girl about town to - finally! - settled mum. Bryony is now 35 and lives in Nappy Valley (Clapham) with her baby daughter Edie and her husband, a financial journalist. The last sentence is one she never thought she would see written down on paper.