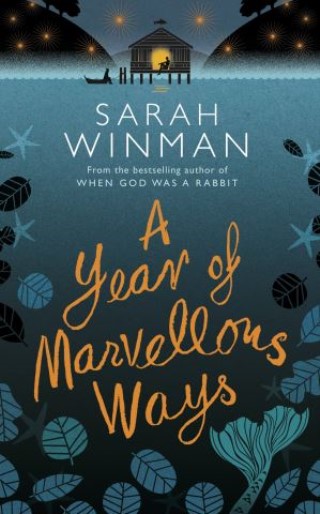 A Year of Marvellous Ways

A YEAR OF MARVELLOUS WAYS is the unforgettable and completely captivating new novel from Sarah Winman, author of the international bestseller WHEN GOD WAS A RABBIT and a Sunday Times Top Ten bestseller.

Marvellous Ways is eighty-nine years old and has lived alone in a remote Cornish creek for nearly all her life. Lately she's taken to spending her days sitting on a mooring stone by the river with a telescope. She's waiting for something - she's not sure what, but she'll know it when she sees it.

Drake is a young soldier left reeling by the Second World War. When his promise to fulfil a dying man's last wish sees him wash up in Marvellous' creek, broken in body and spirit, the old woman comes to his aid.

A Year of Marvellous Ways is a glorious, life-affirming story about the magic in everyday life and the pull of the sea, the healing powers of storytelling and sloe gin, love and death and how we carry on when grief comes snapping at our heels.

Sarah Winman: Sarah Winman grew up in Essex and now lives in London. She attended the Webber Douglas Academy of Dramatic Art and went on to act in theatre, film and television. She has written two novels, WHEN GOD WAS A RABBIT and A YEAR OF MARVELLOUS WAYS.