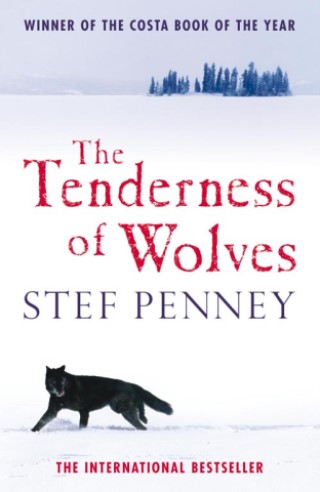 The Tenderness of Wolves

WINNER OF THE COSTA AWARD and WORLDWIDE BESTSELLER. A breathtaking tale of mystery, buried secrets and romance, set in snowy nineteenth century Canada - sure to thrill fans of Eowyn Ivey's THE SNOW CHILD and Patrick Gale's A PLACE CALLED WINTER.

Canada, 1867. A young murder suspect flees across the snowy wilderness. Tracking him is what passes for the law in this frontier land: trappers, sheriffs, traders and the suspect's own mother, desperate to clear his name. As the party pushes further from civilisation, hidden purposes and old obsessions are revealed. One is seeking long-lost daughters; another a fortune in stolen furs; yet another is chasing rumours of a lost Native American culture. But where survival depends on cooperation, their fragile truce cannot afford to be broken, nor their overriding purpose - to find justice for a murdered man - forgotten.
The Tenderness of Wolves is a must-read historical epic, weaving adventure, suspense and humour into an exhilarating thriller, a panoramic romance and ultimately, one of the books of the decade.

Stef Penney: Stef Penney grew up in Edinburgh. She has degrees in Philosophy and Theology and Film and TV, and was selected for the Carlton Television New Writers Scheme and has since written and directed two short films. She is the author of The Tenderness of Wolves and The Invisible Ones.