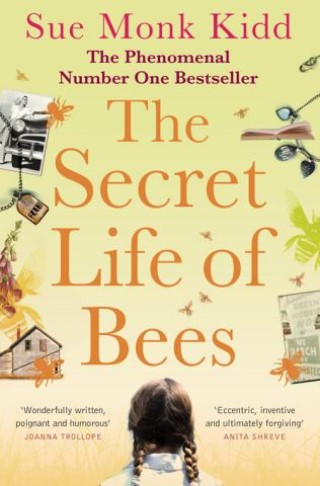 The Secret Life of Bees

Sue Monk Kidd's internationally bestselling first novel THE SECRET LIFE OF BEES has delighted many millions of readers around the world. 'Charming, funny, moving' The Times; 'A wonderful book, by turns sad, full of incident and shot through with grown-up magic reminiscent of Joanne Harris' Daily Telegraph

Lily has grown up believing she accidentally killed her mother when she was four. She not only has her own memory of holding the gun, but her father's account of the event. Now fourteen, she yearns for her mother, and for forgiveness. Living on a peach farm in South Carolina with her father, she has only one friend: Rosaleen, a black servant whose sharp exterior hides a tender heart. South Carolina in the sixties is a place where segregation is still considered a cause worth fighting for.

When racial tension explodes one summer afternoon, and Rosaleen is arrested and beaten, Lily is compelled to act. Fugitives from justice and from Lily's harsh and unyielding father, they follow a trail left by the woman who died ten years before. Finding sanctuary in the home of three beekeeping sisters, Lily starts a journey as much about her understanding of the world, as about the mystery surrounding her mother.

Sue lives in Florida with her husband Sandy.