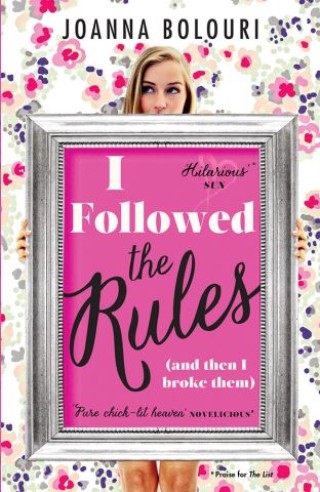 I Followed the Rules

Dating by the Book

Rule 1: Never ask him on a first date. Rule 2: Laugh admiringly at all his jokes. Rule 3: Always leave him wanting more. . . wtf?!

Have you heard of The Rules of Engagement? It's a book that promises to teach you to find the man of your dreams in ten easy steps. Unsurprisingly, I don't own a copy. What is it, 1892? But I'm a journalist, and I've promised to follow it to the letter and write about the results. Nevermind that my friends think I'm insane, I'm stalking men all over town and can't keep my mouth shut at the best of times. My name is Cat Buchanan. I'm thirty-six years old and live with my daughter in Glasgow. I've been single for six years, but that's about to change. After all, I'm on a deadline. I Followed the Rules and this is what happened.

Joanna Bolouri: Joanna Bolouri worked in sales before she began writing professionally at the age of thirty. Winning a BBC comedy script competition allowed her to work and write with stand-up comedians, comedy scriptwriters and actors from across the UK. She's had articles and reviews published in The Skinny, the Scottish Sun, the Huffington Post and HecklerSpray. She lives in Glasgow with her daughter.