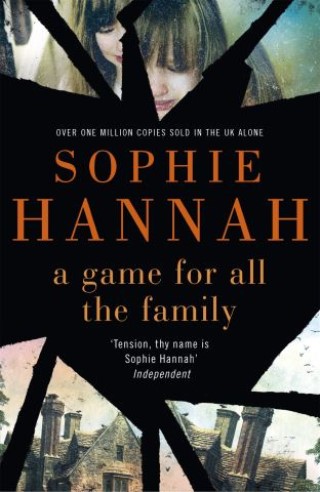 A Game for All the Family

'One of the great unmissables of this genre - intelligent, classy and with a wonderfully Gothic imagination' - The Times

He's not your son. It's not up to you to save him. But you have to try.

After escaping London and a career that nearly destroyed her, Justine plans to spend her days doing as little as possible in her beautiful home in Devon.

But soon after the move, her daughter Ellen starts to withdraw when her new best friend, George, is unfairly expelled from school. Justine begs the head teacher to reconsider, only to be told that nobody's been expelled - there is, and was, no George.

Then the anonymous calls start: a stranger, making threats that suggest she and Justine share a traumatic past and a guilty secret - yet Justine doesn't recognise her voice. When the caller starts to talk about three graves - two big and one small, to fit a child - Justine fears for her family's safety.

If the police can't help, she'll have to eliminate the danger herself, but first she must work out who she's supposed to be...

Sophie Hannah is a bestselling crime fiction writer and poet. Her psychological thrillers - which include Little Face, Hurting Distance, Kind of Cruel, The Carrier, The Telling Error and A Game for All the Family - have received critical acclaim and have been translated into more than twenty languages. The Carrier won the Specsavers National Book Award for Crime Thriller of the Year 2013.

Sophie's fifth collection of poetry, Pessimism for Beginners, was the Poetry Book Society's Winter Choice in 2007 and was shortlisted for the TS Eliot Award, and in 2004 she won first prize in the Daphne Du Maurier Festival Short Story Competition for her psychological suspense story The Octopus Nest. Sophie's poetry is studied at GCSE, A-level and degree level across the UK.