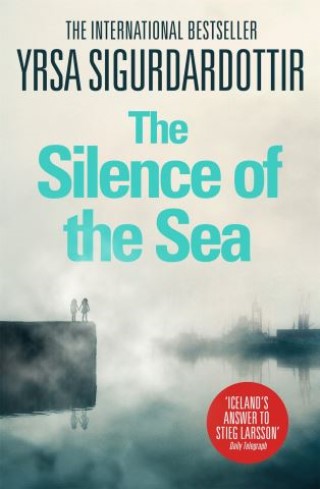 The Silence of the Sea

WINNER OF THE 2015 PETRONA AWARD

The most chilling novel yet from the Queen of Nordic Noir, not to be missed for fans of Jo Nesbo and Stieg Larsson.

'Mummy dead.' The child's pure treble was uncomfortably clear. It was the last thing Brynjar - and doubtless the others - wanted to hear at that moment. 'Daddy dead.' It got worse. 'Adda dead. Bygga dead.' The child sighed and clutched her grandmother's leg. 'All dead.'

A luxury yacht arrives in Reykjavik harbour with nobody on board. What has happened to the crew, and to the family who were on board when it left Lisbon?

Thora Gudmundsdottir is hired by the young father's parents to investigate, and is soon drawn deeper into the mystery. What should she make of the rumours saying that the vessel was cursed, especially given that when she boards the yacht she thinks she sees one of the missing twins? Where is Karitas, the glamorous young wife of the yacht's former owner? And whose is the body that has washed up further along the shore?

Yrsa Sigurdardottir: Author of the bestselling Thora Gudmundsdottir crime series and several stand-alone thrillers, Yrsa Sigurdardottir was born in Reykjavik, Iceland, in 1963 and works as a civil engineer. She made her crime fiction debut in 2005 with LAST RITUALS, the first instalment in the Thora Gudmundsdottir series, and has been translated into more than 30 languages. Her work stands 'comparison with the finest contemporary crime writing anywhere in the world' according to the Times Literary Supplement. The second instalment in the Thora Gudmundsdottir series, MY SOUL TO TAKE, was shortlisted for the 2010 Shamus Award. In 2011 her stand-alone horror novel I REMEMBER YOU was awarded the Icelandic Crime Fiction Award and was nominated for The Glass Key. Her novel THE SILENCE OF THE SEA won the Petrona Award in 2015.