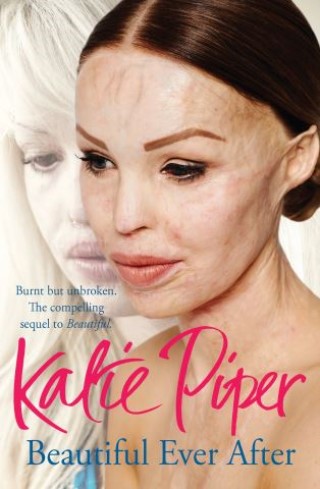 Since the brutal rape and acid attack that left her permanently disfigured, Katie Piper has rebuilt her life one determined step at a time. Her extraordinary story of strength and recovery has captivated and inspired many. In this powerful sequel to her bestselling memoir, Katie reveals what happened next, since she bravely faced up to the world.

With her trademark honesty, humour and heartfelt emotion, Katie shares the highs and lows she has faced as life changed in ways she never thought possible. Now a successful charity campaigner, TV presenter and inspirational speaker, her career highs have often brought her face-to-face with her biggest demons. So her story is still dark at times, as she reveals the genuine fears and flashbacks she continues to overcome behind closed doors, and the realities, both physical and emotional, of her ongoing, painful recovery.

But Katie's story will also delight and surprise: despite fears of a life alone, she has found her Prince Charming, and beaten the odds to become a mother for the first time. Proof that no matter what life throws at us there can be a happy ending, this is the no-holds-barred, witty and utterly engaging next chapter in the life of a remarkable young woman.

Katie Piper: Katie Piper is a TV presenter and charity campaigner. In 2008 she survived a brutal rape and acid attack that left her burned and facially disfigured. Her moving, BAFTA-nominated Channel 4 documentary Katie: My Beautiful Face was watched by 3.5 million viewers and shown in more than 15 countries, including on ABC in America. Katie founded her own charity to help people living with burns and scars, has received prestigious Woman of the Year and Pride of Britain awards and was recently invited to present a BAFTA. She is the presenter of Channel 4 series Bodyshockers (now on its third series) and the author of 4 books.