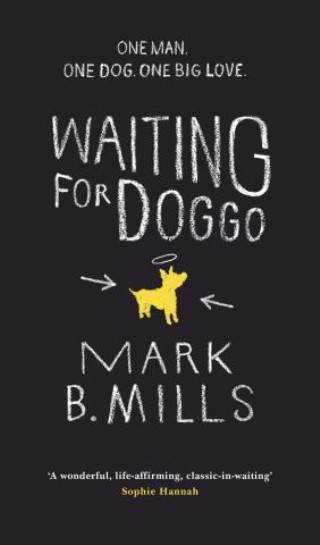 No-one ever called Dan a pushover. But then no-one ever called him fast-track either. He likes driving slowly, playing Sudoku on his iPhone, swapping one scruffy jumper for another. He's been with Clara for four years and he's been perfectly happy; but now she's left him, leaving nothing but a long letter filled with incriminations and a small, white, almost hairless dog, named Doggo. So now Dan is single, a man without any kind of partner whether working or in love. He's just one reluctant dog owner. Find a new home for him, that's the plan. Come on...everyone knows the old adage about the best laid plans and besides, Doggo is one special kind of a four legged friend...and an inspiration.

Mark Mills: Mark Mills graduated from Cambridge University in 1986. He has lived in both Italy and France, and has written for the screen. His first novel, THE WHALEBOAT HOUSE, won the 2004 Crime Writers' Association Award for Best Novel by a debut author. His second, THE SAVAGE GARDEN, was a Richard and Judy Summer Read and a No. 1 bestseller. Under the name Mark B. Mills, he has written the comic novel, WAITING FOR DOGGO. He lives near Oxford with his wife and two children.