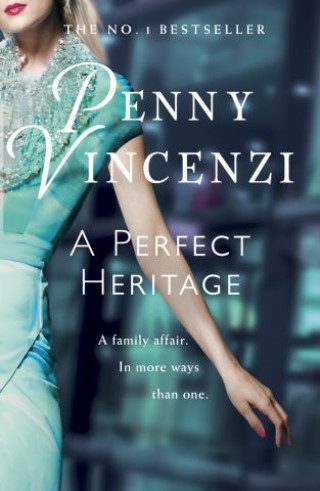 The House of Farrell - home of The Cream, an iconic face product that has seen women flocking to its bijoux flagship store in the Berkeley Arcade since 1953.
At Farrell, you can rely on the personal touch. The legendary Athina Farrell remains the company's figurehead and in her kingdom at the Berkeley Arcade, Florence Hamilton plies their cosmetics with the utmost discretion. She is sales advisor - and holder of secrets - extraordinaire.

But of course the world of cosmetics is changing and the once glorious House of Farrell is now in decline, its customers tempted away by more fashionable brands.

Enter Bianca Bailey, formidable business woman, mother of three, and someone who always gets her way. Athina and Bianca lock horns over the future of the House of Farrell but it is the past that tells its devastating tale of ambition and ego, passion and wonder.

Here is a tale of survival ... and a perfect heritage.

Penny Vincenzi is one of the UK's best-loved and most popular authors. Since her first novel, Old Sins, was published in 1989, she has written several bestselling novels, including The Decision and A Perfect Heritage.

Over seven million copies of Penny's books have been sold worldwide and she is universally held to be the 'doyenne of the modern blockbuster' (Glamour).

Penny Vincenzi has four daughters, and divides her time between London and Gower, South Wales.